Audrey Hepburn was a British actress and humanitarian. She was born in Ixelles, Brussels, Belgium on 4th may 1929 and she passed away in Tolochenaz, Vaud, Switzerland on 20th Jan 1993 due to appendiceal cancer. Audrey Kathleen Ruston is the full name of Audrey Hepburn.

Her mother was a Dutch noblewoman whereas her father was born in Uzice in  Bohemia, to English and Austrian parents. After her parents got divorced she went to London with her mother where she went to a private girls’ school.

Then when her mother was in the Netherlands she went to private schools and she went on vacations with her mother in Arnhem, Netherlands and Hitler’s army stood over the town.

It was right there where she fell on hard times during the time of the Nazi occupation. She was suffering from depression and malnutrition during a phase of her life. 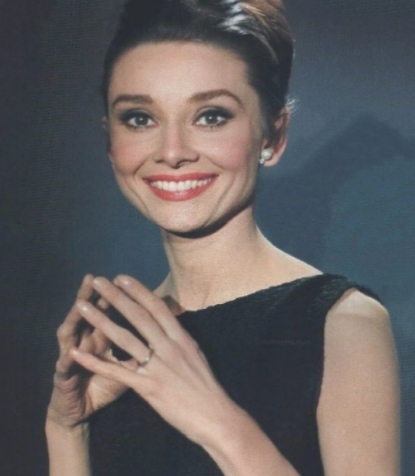 Audrey Hepburn was born on 4th May 1929 at 48 Rue Keyenveld in Ixelles, Brussels, Belgium and she is known to her family as Adriaantje.

Her grandfather was the governor of the Dutch colony of Dutch Guiana whose name was Aarnoud van Heemstra. When she was nineteen she got married with Jonkheer Hendrik Gustaaf Adolf Quarles van Ufford who was an oil executive based in Batavia, Dutch East Indies and they were living there since marriage.

They were blessed with two sons before they got a divorce in 1925 which was four years before Audrey was born.

Audrey Hepburn made her debut movie acting as an air stewardess in Seven Lessons in the year of 1948 which was in Dutch and also an educational travel movie which was done by Charles van der Linden and Henry Josephson.

After which she moved to London after she got a ballet scholarship with Ballet Rambert which is based in Notting Hill. She did part-time work and supported herself which is as a model and also changed her surname by dropping it from her surname as Ruston.

She was told once by Rambert that because of her height and body being weak she couldn’t make it to the ballerina and then she planned to concentrate on acting instead of wasting time in the ballerina.

Audrey had her ups and downs from childhood till then and there even after she was an adult and though she did make it and is standing out from people from her time till time.