Bryan Baeumler is a popular Canadian Interior designer and Television host. He is well known for his appearance as a television host in many popular shows telecasted on HGTV Channel and HGTV Canada Channel. He also owns a construction company named Baeumler Quality Construction and Renovations.

Bryan Baeumler was born on 18th April 1974 in Oakville, Ontario, Canada. He is currently 48 years old. His parents’ names were Werner Baeumler and Colleen Baeumler. He got married in the year 2004 and his wife’s name is Sarah Baeumler. This couple was blessed with 4 children and their names were Lincoln Wolfgang Baeumler, Quintyn Werner Baeumler, Charlotte Anne Baeumler, and Josephine Judith Baeumler.

He completed his higher education at the University of Western Ontario in the year 1996. 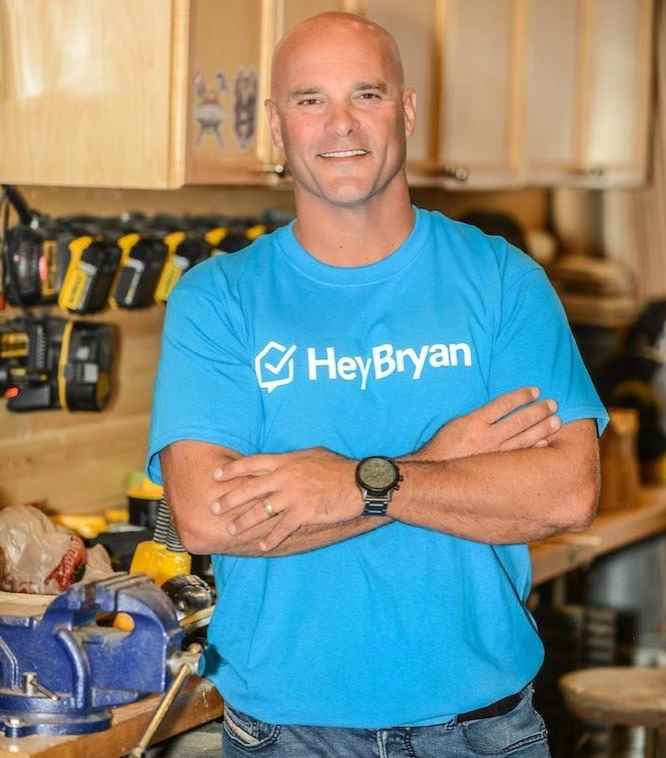 Bryan Baeumler was running an Air cargo business from 1995 to 2003. He then started his own construction company named Baeumler Quality Construction and Renovations. He acquired an opportunity to introduce himself as a host in the famous television show named Disaster DIY telecasted on HGTV Channel.

Bryan Baeumler then appeared as a guest in many Famous television shows including Disaster DIY: Cottage Edition, Leave It to Bryan, House of Bryan, Bryan Inc., And Island of Bryan. All these television shows telecasted their business-related works of him.

He subsequently appeared as a guest in some popular television shows including Canada’s Handyman Challenge, Deck Wars, and Home to Win.