Khushwant Singh was an Indian lawyer, author, politician, journalist and diplomat. He was born on 2nd February 1915  and was born in Hadali, Khushab District, Punjab, British India. He passed away on the 20th of March 2014 in New Delhi, India. His experience in the year of 1947 during the partition of India had inspired him to write his work Train to Pakistan in the year of 1956 which was made into a movie in the year of 1998 and was a very well-known novel.

Khushwant Singh was born in Punjab and was educated in the Modern School, New Delhi, St. Stephen’s College and also he was graduated from the Government College Lahore. He studied at the King’s College London and had been awarded with LL.B. by the University of London.

Khuswanth Singh was called to the bar regarding professional criteria at the London Inner Temple. Having worked in the Lahore High Court for eight years as a lawyer he joined the Indian Foreign Service during the Independence of India from the British Empire in the year of 1947. He was also appointed as a Journalist in the All India Radio in the year of 1951 and later moved to the Department of Mass Communication of UNESCO in Paris in the year of 1956 and these last two jobs had made him to pursue a career in literature being inspired. As a writer, he’s well-known for his humour, sarcasm, secularism and abiding love of poetry.

Khushwant Singh was in his professional career as a lawyer in Lahore in 1939. He worked in the Chamber of Ijaz Hussain Batalvi and Manzur Qadir. He was working at the Lahore Court for eight years. He had so many friends of him and fans of him accompanying him who include, including Akhtar Aly Kureshy Advocate and Raja Muhammad Arif Advocate.

In the year of 1947, he got into the Indian Foreign Service of the Independent India. He has also started as the Information Officer for the Government of India in Toronto, Canada. He has been the Press Attaché and Public Officer for the Indian High Commission for four whole years in London and Ottawa. In the year of 1951, he joined as a Journalist in the All India Radio.

1 never underestimate anyone around you. Everyone has the power to surprise anyone at any point in time.

2 Morality is a matter of money. Poor people cannot afford to have morals. So they have religion.

3 The doer must do only when the receiver is ready to receive. Otherwise, the act is wasted.

4 In a country which had accepted caste distinctions for many centuries, inequality had become an inborn mental concept.

5 You have only one life to live. Live it to the full. Time flies as fast as a bird on the wing.

6 The philosophy of religion has always been death-oriented instead of being life oriented.

7 To change the world, you need to get out of your temples and do some useful work.

8 The eye hath ruined me, the heart complained.  The heart has lost me, the eye replied. I know not which told the truth, which lied between, the two it was Meer who died.

9 With their weapons. One struck it with his.

10 So many gods, so many creeds, so many paths that wind and wind when just the art of being kind is all that the sad world needs.

11 Consciousness of the bad is an essential prerequisite to the promotion of the good.

12 I think the sense of belonging does give you a certain amount of mental satisfaction.

13 In the absence of men all women are chaste.

14 The last to learn of gossip are the parties concerned.

15 We also knew that it was in the nature of an empty stomach to produce illusions of grandeur.

16 Under the circumstances the only honest answer an intelligent person can give to the question is there a God? Is to say, I do not know.

19 Poor people cannot afford to have morals. So they have religion.

20 There is no wine in this world as heady as applause.

22 Your principle should be to see everything and say nothing. The world changes so rapidly that, if you want to get on you cannot afford to align yourself with any person or point of view.

23 I don’t want to be cremated, I want to be buried. I don’t believe in wasting wood and I feel that one should give back to the earth.

24 His mind was like the delicate spring of a watch, which quivers for several hours after it has been touched.

25 Little mother of ancient days thou hast cunningly dyed thy hair but consider that thy bent back will never be straight!

26 When you have counted eighty years and more, time and fate will batter at your door. But if you should survive to be a hundred, your life will be death to the very core.

28 The need of our times is to revive the Nehruvian notion of secularism.

29 How much of what he told me of his past was true and how much he made up to hold my interest.

30 I believe that the essence of every person’s religion should be the endeavor not to hurt another person or living thing and to preserve his environment. 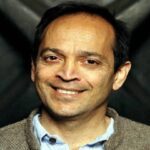