Nelson Mandela was a South African anti-apartheid revolutionary and political leader. He has also been the first president of South Africa from 1994 to 1999. Nelson Rolihlahla Mandela is the birth name of the famous Nelson Mandela.

The main focus of his government was the dismantling of the legacy of apartheid by means of tackling institutionalised racism and fostering racial reconciliation.

This African nationalist and socialist served as the president of the African National Congress, otherwise an ANC party between the years of 1991 to 1997. He was born in the Thembu royal family in Mvezo, Union of South Africa.

Nelson Mandela’s original forename is Rolihlahla which was named after the term which colloquially means troublemaker. Later he was known by his clan’s name Madiba.

His father’s side great-grandfather named Ngubengcuka was the king of the Thembu people which was in the Transkeian Territories of South Africa’s modern Eastern Cape province.

The name Mandela, his surname was from his grandfather & that is how he got his surname and another reason for that is he’s the king’s son from a mother of Ixhiba clan, which is called as Left-Hand House.

The descendants of his very cadet branch who belonged to the royal family were all morganatic and were not capable of inheriting the throne as recognised and served as the hereditary royal councillors.

Nelson Mandela was the former leader of the ANC which is the African National Congress. and he is known for his lifetime struggle against the enforced racial separation or apartheid.

1 Lead from the back and let others believe they are in front.

2 A winner is a dreamer who never gives up.

3 As I have said, the first thing is to be honest with yourself. You can never have an impact on society if you have not  changed yourself.

4 We must use time creatively, and forever realize that the time is always ripe to do right.

5 I never lose. I either win or learn.

6 May your choices reflect your hopes, not your fears.

7 The brave man is not the one who has no fears, he is the one who triumphs over his fears.

8 After climbing a great hill, one only finds that there are many more hills to climb.

9 Do not judge me by my successes, judge me by how many times I fell down and got back up again.

10 Education is the most powerful weapon which you can use to change the world. 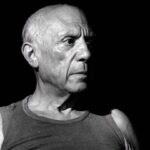 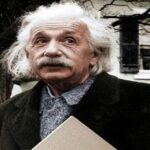