Richard Branson is a British entrepreneur, billionaire and business magnate who is 72 years of age as of the year 2022. He was born on 18th July 1950 and was born in Blackheath, London, England, UK.

Sir Richard Charles Nicholas Branson is the birth name of Richard Branson. By the year of 1970, he started the Virgin Group which today has many companies more than 400 in various fields under its control.

Richard Branson has stated his will and passion to become an entrepreneur at a young age. His first business venture was at the age of sixteen he had a magazine called Student.

Richard Branson was born to an air hostess and a former ballet dancer who is Eve Branson his mother and  Edward James Branson, a barrister his father who passed away in 2011.

Richard also has two younger siblings who are Lindy Branson and Vanessa Branson. His grandfather was Sir George Arthur Harwin Branson who was a judge of the High Court of Justice and a Privy Councillor.

His third great-grandpa left for India in the year 1973 from England and his name is John Edward Branson. John Edward’s father, Harry Wilkins Branson also went there later and they’ve met each other in Madras, India.

Richard Branson had a lot of failed attempts in selling Christmas trees and budgerigars and he started and launched a magazine named Student in the year of 1966 with Nik Powell.

With this magazine’s first issue appearing in the Jan of 1968 and a year later his net worth was estimated as £50,000. The Magazine’s office was situated in the crypt of St. John’s Church, off Bayswater Road, in London.

As it wasn’t going successful in accordance with his hopes it later did as a vital component for the mail-order record business which he began from the same church he used for Student.

He had the mag to give ads for popular albums, keeping his record sales on the spot. On the go of starting and falling and standing upright, he had his place with all his determination and potential

1 The best way of learning about anything is by doing.

2 Take a chance. It’s the best way to test yourself. Have fun and push your boundaries.

3 Life is a hell of a lot more fun if you say yes rather than no.

4 A good leader doesn’t GET stuck behind a desk.

5 Respect is how to treat everyone, not just those you want to impress.

7 If your dreams don’t scare you they are too small.

8 Do good, have fun and the money will come.

9 The one person who can make your business succeed is not an investor or even a mentor, it is you.

10 Do not be embarrassed by your failures, learn from them and start again.

11 Happiness is the secret ingredient for successful businesses. If you have a happy company it will be invincible.

12 A business is simply an idea to make other people’s lives better.

14 If you want swashbuckling action in your life, become an entrepreneur and give it a go.

15 The balloons only have one life and the only way of finding out whether they work is to attempt to fly around the world.

16 The best advice I could give anyone is to spend your time working on whatever you are passionate about in life.

17 If you spot an opportunity and are really excited by it, throw yourself into it with everything you have got.

19 My philosophy is that if I have any money I invest it in new ventures and not have it sitting around.

20 The more you’re actively and practically engaged, the more successful you will feel.

21 I think it’s quite great to set yourself a big challenge, and then you’ve got another reason for keeping fit.

23 Business opportunities are like buses, there’s always another one coming.

24 Engage your emotions at work. Your instincts and emotions are there to help you.

25 The art of delegation is one of the key skills any entrepreneur must master. 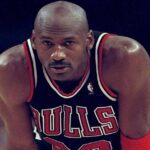