Robin Dunne is one of the famous actor, Writer, and Producer who works predominantly in Hollywood television series and movies. He is well known for his acting performance in Television series such as Roxy Hunter and the Mystery of the Moody Ghost and Sanctuary. Robin subsequently acted as a supporting actor and lead actor in more than 20+ Hollywood films. He started his acting career in the year 1994.

Robin Dunne was born on 19th November 1976 in Toronto, Ontario, Canada. He is currently 45 years old.   His parents’ names were still unknown. He got married in the year 2016 and his wife’s name is Farrah Aviva, who is also one of the famous actresses in the Hollywood series. This couple was blessed with a daughter.

He completed his schooling at Etobicoke School of the Arts.

Subsequently, he debuted his acting career in the television series named Side Effects telecasted in the year 1995. He later acted as a supporting actor in many Hollywood Television films such as Love and Betrayal: The Mia Farrow Story, Brothers’ Destiny, A Husband, a Wife and a Lover, and Trapped in a Purple Haze.

Subsequently, he acted as a lead actor in many popular Hollywood television series such as Road to Avonlea, My Life as a Dog, Kung Fu: The Legend Continues, Psi Factor: Chronicles of the Paranormal, The Mystery Files of Shelby Woo, and The Adventures of Shirley Holmes.

After the year 2001, he appeared in many television films including The Wandering Soul Murders, A Colder Kind of Death, Code Breakers, and NCIS.  Subsequently, he turned himself into a writer and developed the script for the television film named Roxy Hunter and the Mystery of the Moody Ghost released in the year 2007.

In the year 2008, he appeared as a lead actor in the Television series named Sanctuary. He also directed the Episode named Homecoming in this series. This series was a tremendous success and he acquired lots of appreciation from both critics and the audiences. 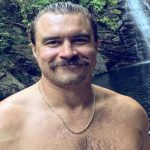 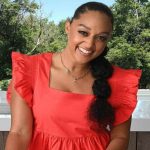