Stephen King is an American author who is 74 years of age as of the year 2022. He was born on 21st Sep 1947 and was born in Portland, Maine, USA. Stephen Edwin King is the birth name of Stephen King. He was born at the Maine General Hospital in Portland. His mother was a caregiver at a mental institute and his father was a  merchant seaman.

His father has a surname Pollock yet he used the last name King in which Stephen was born. He also has an older brother named David. Their father left them when they were kids and their mother Nellie took care of the family with the help of their relatives and they had to travel many years across many states till they moved to Durham, Maine, in the year of 1958.

Stephen King’s parents got married on 23rd July in the year of 1939 and were born in Scarborough, Maine. After their father left their family they lived with his family in Chicago.

Later they moved on to Croton-on-Hudson, New York. His parents returned to Maine when it was the end of the World War II and lived in Scarborough. It was when Stephen was a two years old his father left their family. Their family was raised under very bad financial strain.

They have moved to several states from Scarborough as they have to depend upon their relatives who were in Chicago; Croton-on-Hudson; West De Pere, Wisconsin; Fort Wayne, Indiana; Malden, Massachusetts; and Stratford, Connecticut.

On the time when Stephen King was eleven years old, their family was in Durham, Maine. In there, his mother was taking care of her parents till they passed away and later on she started to be a caregiver for the mentally challenged in a local residential facility.

Stephen was brought up as a Methodist and though he lost his belief in the religion when he was in high school. He is not a religious man though he believed in God.

As things went on in his life like this he started to live with the flow and of course his hard work and talent-filled along with skills he is now one of the most known authors with his ground in the perfect space.

1 Remember, hope is a good thing, maybe the best of things, and no good thing ever dies.

2 You can, you should, and if you’re brave enough to start, you will.

3 Go then, there are other worlds than these.

4 Books and movies are like apples and oranges. They both are fruit, but taste completely different.

5 I’m one of those people who don’t really know what he thinks until he writes it down.

6 We lie best when we lie to ourselves

8 Anger is the most useless emotion, destructive to the mind and hurtful to the heart.

9 Time takes it all, whether you want it to or not.

10 Optimism is a perfectly legitimate response.

11 There is no bad time for good news.

12 Life is like a wheel. Sooner or later, it always comes around to where you started again.

13 If you want to be a writer, you must do two things above all others: read a lot and write a lot.

15 The most important things are the hardest things to say.

16 Do it for joy and you can do it forever

17 Humor is almost always anger with its make-up on.

18 A little talent is a good thing to have if you want to be a writer. But the only real requirement is the ability to remember every scar.

19 We never know which lives we influence, or when, or why.

20 The devil’s voice is sweet to hear. 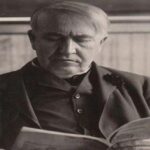