Tia Mowry-Hardrict is one of the popular American actress, Producer, and singer who work predominantly in Hollywood Television series and movies. She is well known for her appearance in Hollywood television series such as The Adventures of Hyperman and Twitches. Tia subsequently acted in a crucial role in many Hollywood films. She started he acting career in the year 1990.

Tia Mowry-Hardrict’s full name is Tia Dashon Mowry-Hardrict usually referred to with the stage name Tia Mowry. She was born on 6th July 1974 in Gelnhausen, Hesse, West Germany. She is currently 44 years old. Her father’s name is Timothy John Mowry and her mother’s name is Darlene Renée Mowry. Tia has a twin sister and her name is Tamera Mowry. She also had two younger brothers and their name is Tahj Mowry and Tavior Mowry.

She got married in the year 2008 and her husband’s name is Cory Hardrict. This couple was blessed with a son and a daughter. Her son’s name is Cree Taylor and her daughter’s name is Cairo Tiahna. 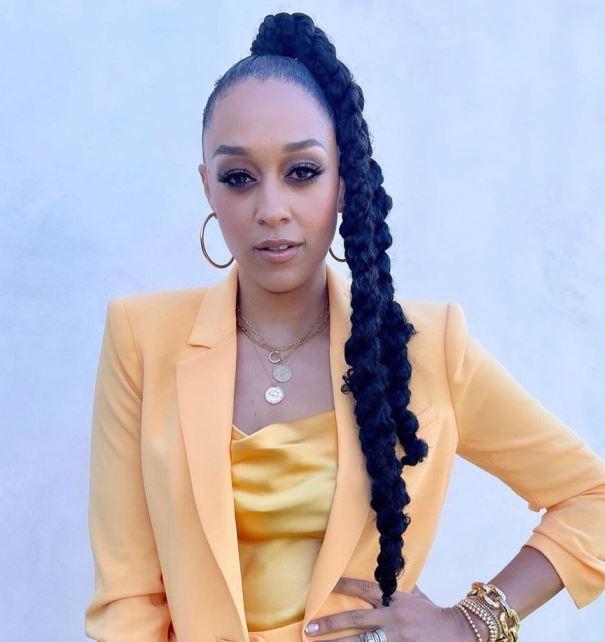 Tia Mowry-Hardict started her career as a model with her sister Tamera Mowry. They both togetherly attended many peagents and claimed many awards. Later she started her acting career as a supporting actress in the television series named Rosie telecasted in the year 1990. Later she appeared in many television series such as Dangerous Women, True Colors, and Full House. In the year 1994, she started appearing as a lead actress with her sister Tamera Mowry in the famous television series named Sister Sister. This television series was a tremendous success and the sister’s acquired their spotlight. Subsequently, she acted as a lead actress in many television shows such as The Adventures of Hyperman, The Jamie Foxx Show, Smart Guy, and Detention all these series were a tremendous success and she earned lots and lots of appreciation for her acting performance in the television series.

She had appeared as a lead actress in more than 15+ Television series and 10+ Television films. Most of her television films such as Double Wedding, The Mistle-Tones, Fresh Beat Band of Spies, My Christmas Inn, A Gingerbread Romance, A Very Vintage Christmas, and RuPaul’s Drag Race: All Stars were a tremendous success. She also subsequently acted in many Hollywood films such as Bratz: Rock Angelz, and the sequels of the film titled Bratz: Genie Magic, Bratz: Forever Diamondz, and Bratz Go to Paris: The Movie.