Walt Disney was an American animator,  entrepreneur and film producer. He was born in Chicago, Illinois, USA on 5th December 1901 and passed away in Los Angeles, California, the USA on 12th Dec 1966 due to lung cancer.

Walter Elias Disney is the birth name of Walt Disney, our favourite man of all time with his works. His father was a Canadian-born farmer and a businessperson. He has ancestry in Irish, German, and English.

He moved with his parents to Kansas when he was a seven-year-old kid. Walt Disney spent the majority of his childhood over there and when he was a sixteen-year-old when it was World War I, he had faked his age to get into the American Red Cross.

Later after his return, he won a scholarship to the Kansas City Art Institute where he met Ub Iwerks, an animator. Both had become friends and started their own company & in the early 1920s, they created a series of animated shorts in the Newman theatre chain with the title of Newman’s Laugh-O-Grams though their company was bankrupt sooner. 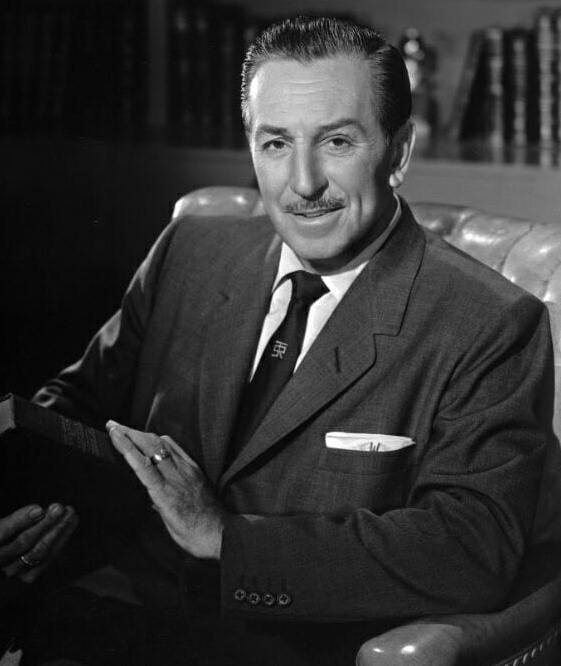 Walt Disney was the fourth son of his parents. When Disney was a four years old, his family moved to a farm in

His uncle Robert had bought a land over there and in the very place of Marceline he got his interest in drawing and it was when he was paid to draw the horse of a doctor who lived in the neighbourhood.

Walt Disney in the January of 1920 was eighteen years and they started their very own business which was Iwerks-Disney Commercial Artists though it was short-lived.

They failed to attract many of the customers and they and they made a plan on the fact that they should earn money to make it work and so they left to the Kansas City Film Ad Company, which was owned by A. V. Cauger.

Later the company also produced commercials using the cutout animation technique. It somehow made Disney to get interested in it; in animation, though he was always interested in cartoons hand-drawn like Mutt and Jeff and Koko the Clown.

One thing led to the other he got all with ups and downs and is still and forever be named and known as the entertainer and most of all a man of creativity who has entered every single child’s childhood without knowing and without having any issues with his failures and debts and he rose again and again till he achieved and captured his dream to make others dream and smile.